Weighted Blankets And Why You’ll Want One

What Is All the Fuss About Weighted Blankets?


In the last few years, the search term “What are weighted blankets” skyrocketed. While the early hype has died down, the question still requires an answer – they are definitely considered a “niche” product which has found its market although not everyone knows why they might want one.

That being said, they differ from regular duvets and blankets due to the fact they’re well, heavier – but why? And why are they “backed by science” as we’ve seen them described? Read on to find out more.

The following things have been said by professionals and users alike in regards to these blankets:


A study from 2012 in Australasian Psychiatry looked at the effect of sensory rooms in an inpatient psychiatric unit. The results were intriguing. When patients used a sensory room, there was:

The potential benefits of investing in a high quality weighted blanket. See how this woman felt her overall disposition change as she committed to using a weighted blanket for a week.

The reason weighted blankets are effective at combatting anxiety, short-term depression and poor quality sleep in general is that they apply pressure to the body that prevents excessive movement, at times where you don’t really want to be moving and shuffling.


Serotonin, Dopamine and The Brain

What the research discovered was that pressing, squeezing, touching – all of these things illicit certain desirable reactions in the bodies of those on the spectrum. But these feelings were already linked to hormones and the brains reward system.

Dopamine and serotonin are hormones released by the brain as “comforters” in the simplest sense – they make the body feel good, in essence. And the research so far has shown that these same hormones are released during Deep Pressure Therapy.

This of course applies directly to sleep. How often do we have a stressful day only to get into bed and fail to fall asleep? The numbers on this are alarming, so if you’re not included, congratulations you have an easy time getting some shut-eye.


Ok So, What Is a Weighted Blanket

Weighted blankets have grown massively in popularity in recent years and gained something of a cult following in many ways. With the increase in mental health awareness in the public sphere, the people have spoken. We all want to take care of ourselves as best we can so that we can live our lives under our own individual control.

But there are still many people who have never seen, or heard of weighted blankets and are wondering what they could be used for or why they’ve gained so much traction. With that being said, what is a weighted blanket exactly? Well for starters it should be, exactly what it says on the tin – a weighted blanket should be just that; a blanket with added weight.


How Does It Differ From My Duvet?

A duvet should be lighter and allows for more movement underneath – and there’s a reason some may prefer to use added weight.

If you have ever had a good hug, in fact even if you haven’t – you’ll quickly be able to see why a warm, quality, heavy cloth on the body would be of interest to people. When it comes to mental health, the effects of a warm firm hug or even a smile from a passing stranger are often underestimated – and many scientific studies would agree with that statement!


What Should A Weighted Blanket Consist Of

First we’ll continue with the duvet comparison. Duvets are thicker and the down or other material that they’re filled with mean that air is trapped inside so that warmth is contained. If you’ve ever seen a bird sleep, you’ll see how they look puffed up and more rounded – the feathers act as insulation to trap the air and build warmth.

Weighted blankets can consist of many thinner layers, so the overall look is significantly thinner than a duvet cover as you’ll see in the image below:


Above you’ll see the 7 typical layers that a weighted blanket is made with. The key material is the beads which act as the middle layer and produce the weight.

Finding a high quality weighted blanket is not the easiest process because of that. You can find them with 3 main materials: plastic polypropylene pellets (whew, that’s a mouthful), organic matter such as stones, or dried grains, or glass beads.

Much of the early research around weighted comforters actually began with studies concerning autism. That’s why you will often find many weighted blankets aimed and children. One of the originators of the pioneering research was Dr Temple Grandin, who herself was on the spectrum. Her studies on deep pressure therapy and the effect it has on the brain and body covers much of why weighted blankets are popular today.

Prior to the mainstream knowledge of weighted blankets, therapists have long been using them as a part of their tools to help those with Attention Deficit Disorder (ADHD). The effect of a weight is said to provide a proprioceptive input to the brain which can substantially reduce activity of the central nervous system.

The effects of weighted blankets are more prominently researched with autism and children on the spectrum than even for ADHD. This is due to deep pressure therapy stimulation as mentioned earlier. It has become popular as a method of self-soothing. Which is why there are many more weighted products for children – you can find weighted vests and toys designed specifically for helping kids living with autism especially aiding with sleep.


How We’ve Made It Easy (Price/Weight – “The Average Weight”)

Many specialists have theorised that the ideal weighted blanket comes in at 10% of your body weight. Of course, unless you are going to have a personally made blanket, you will usually find that they come in specific sizes to accommodate the average human body weight. Because of this you’re likely to find blankets at 7kg, 9kg, 11kg, with some fringe outlets offering slight variations.

Our motto is simple: keep things simple and accessible for everyone! We understand there are multiple variations, and further down the line may opt to include more sizes. But in order to have the best individual standalone product we have kept maintained our blankets at 9kg and 11kg – as we find there are many who complain that heavier weights can be too much. We prioritise comfort and ease of use, and most people will find the quality and feel at this level to suit their need.

Why The Beads In Your Weighted Blanket Matter 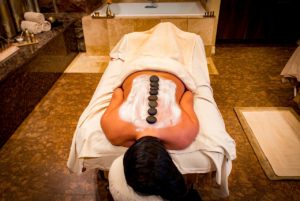 Sign up today and get 20% off vouchers for NiteKite Weighted Blankets!

The information provided in the “Get Better Sleep” blog is provided through personal experience and information gathered from various sources and internet databases. Under no circumstances should the information provided be used to replace professional medical advice. NiteKiteSite.com is owned by NiteKite services and is not affiliated with any external organisation. Some articles may contain affiliate links as a means to earn monetary fees by providing information.

This website uses cookies to improve your experience while you navigate through the website. Out of these cookies, the cookies that are categorized as necessary are stored on your browser as they are essential for the working of basic functionalities of the website. We also use third-party cookies that help us analyze and understand how you use this website. These cookies will be stored in your browser only with your consent. You also have the option to opt-out of these cookies. But opting out of some of these cookies may have an effect on your browsing experience.
Necessary Always Enabled
Necessary cookies are absolutely essential for the website to function properly. This category only includes cookies that ensures basic functionalities and security features of the website. These cookies do not store any personal information.
Non-necessary
Any cookies that may not be particularly necessary for the website to function and is used specifically to collect user personal data via analytics, ads, other embedded contents are termed as non-necessary cookies. It is mandatory to procure user consent prior to running these cookies on your website.
SAVE & ACCEPT